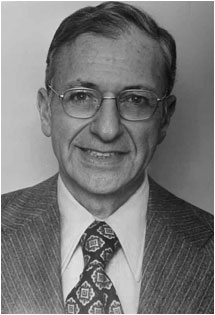 This page is dedicated to the memory of Dr. Herbert Schilder, who died on January 25 2006 at the age of 77.

Dr. Herbert Schilder grew up in Brooklyn, N.Y., and received a doctor of dental surgery degree from New York University and a certificate of advanced graduate study from Temple University, studying under the generally acknowledged grandfather of Endodontics, Louis I. Grossman. A member of the Boston University faculty since 1959, he became a professor and the chairman of the Endodontics department in 1963. He retired in 2003.

Dr. Schilder helped found the Boston University School of Dental Medicine in the 1960s. He was responsible for popularizing the Endodontic concepts of “Cleaning and Shaping of the Root Canal System” and “Vertical Compaction of Warm Gutta Percha”. Schilder is regarded as a giant in the specialty because of his influence in creating an appreciation of the relationship between anatomy and its role in the treatment of endodontic pathology. For many dentists, his “Rationale of Endodontics” lecture was the first time that they truly understood the relationship between the anatomy, biology and etiology of endodontic disease.

A past president of the American Association of Endodontists, a former director of the American Board of Endodontics, and a past first vice president of the American Dental Association, Schilder wrote scores of scientific articles and textbook chapters and lectured in more than 25 countries and on every continent. In 1995 he received the AAE`s highest honor, the Edgar D. Coolidge Award, given to an individual who has displayed exemplary dedication to dentistry and to Endodontics, and who has been active in the AAE throughout his professional lifetime.

How important was Schilder in his field? At the school’s Endodontic Alumni Association 25th anniversary meeting in 1995, he received a personal phone call from President Bill Clinton congratulating him for his contributions to dentistry. “It was the first time that many in the audience had ever seen Herb speechless,” said a graduate of the Endodontics program. Most recently, Schilder’s name became more widely known by the public because of the mention of the “Schilder Technique” in the popular Disney animated film, “Finding Nemo”.

Although small of physical stature, Dr. Schilder more than made up for this by having quite an ego and very sharp retort. In fact, one could say that it was the supreme confidence in “the Technique” (as he called it) and his firm convictions that made him loved, respected (and often feared!) by his students.

One of Dr. Schilder’s greatest legacies are the approximately 400 Endodontists from all corners of the world who were fortunate enough to graduate from his program. Herb was not the easiest mentor. He was relentlessly and stubbornly dedicated to producing the highest quality clinical results and he expected nothing less than the finest effort from his students. He was adept at bringing out the best in them, no matter how difficult the situation seemed to them at the time. At BU you were not merely a graduate Endodontic student, you were one of Dr. Schilder’s Endodontic Residents and for this he demanded your complete and unflinching commitment. Ask any BU Endo grad and they will inevitably have a favorite “Herb Story”. It has been said by some that being a graduate of Schilder’s Boston University Endodontic program entitled you to become part of the “BU Endo Mafia” – with Schilder as the Godfather. While some of us may have had a bit of a rough ride under his tutelage, he embraced each and every student upon graduation. The BU Endo alumni were his “family”.

Unfortunately, Dr. Schilder’s health deteriorated in his later years. I last spoke with him in Chicago at the AAE annual meeting. Because his health was failing, he was unable to speak publicly at the annual BU dinner. For many of us, it was a last chance to interact with our mentor. At the conclusion of the dinner, I was fortunate to be able to briefly speak with him and to thank him. I simply said “Dr. Schilder, thank you for making me the best that I could be”. With his passing, I am glad I had the chance to tell him one last time how much he had influenced my life and the lives of my fellow BU Endodontists in such a positive way. 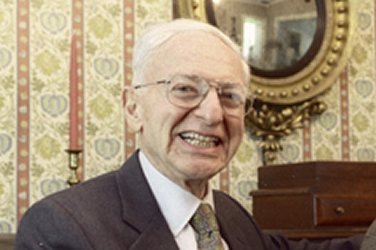 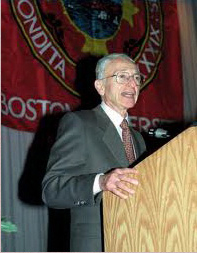 A fitting tribute to Dr. Schilder was written by a 1985 graduate and friend of mine, Dr. Terry Pannkuk, published in the Journal of Endodontics. Terry wrote:

Once in a great rare while, a human being comes along to disrupt the comfort zone of those around him. The agitation occurs because he recommends something better than what was always believed to be adequate. His logic disrupts a universally held belief. His passion exceeds all other concerns. To everyone’s resistance he pushes the benefit of his discovery while bluntly highlighting the inadequacy of the conventional wisdom. Herb Schilder was relentless, passionate and brilliant. His novel perspective profoundly changed clinical Endodontics forever and his legacy lives on as the gold standard of endodontic practice. As a powerful teacher, he demystified success and failure of an endodontic result thus placing the burden of intellectual honesty clearly upon the shoulders of the clinician. The world will miss the concise elegant wisdom of Herb Schilder, but his legacy will forever touch the fingers and soul of every dentist holding an endodontic file. 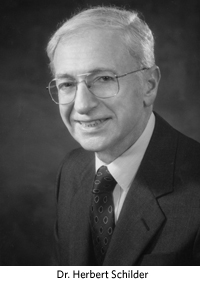