Assessment of Cases
Before Referral – Redux

A 78 year old male patient was referred to my office for Endodontic consideration of teeth #s 36 and 37. The patient had a history of interproximal caries caused by an open contact between these two posterior teeth. Tooth # 36 was the distal abutment of a 3 unit gold bridge #34-36 and seemed to have extensive distal decay that was threatening restorability. The patient had no symptoms but there was a draining buccal sinus associated with the disto-buccal area of #36.  The teeth were opposed by a complete upper Denture. 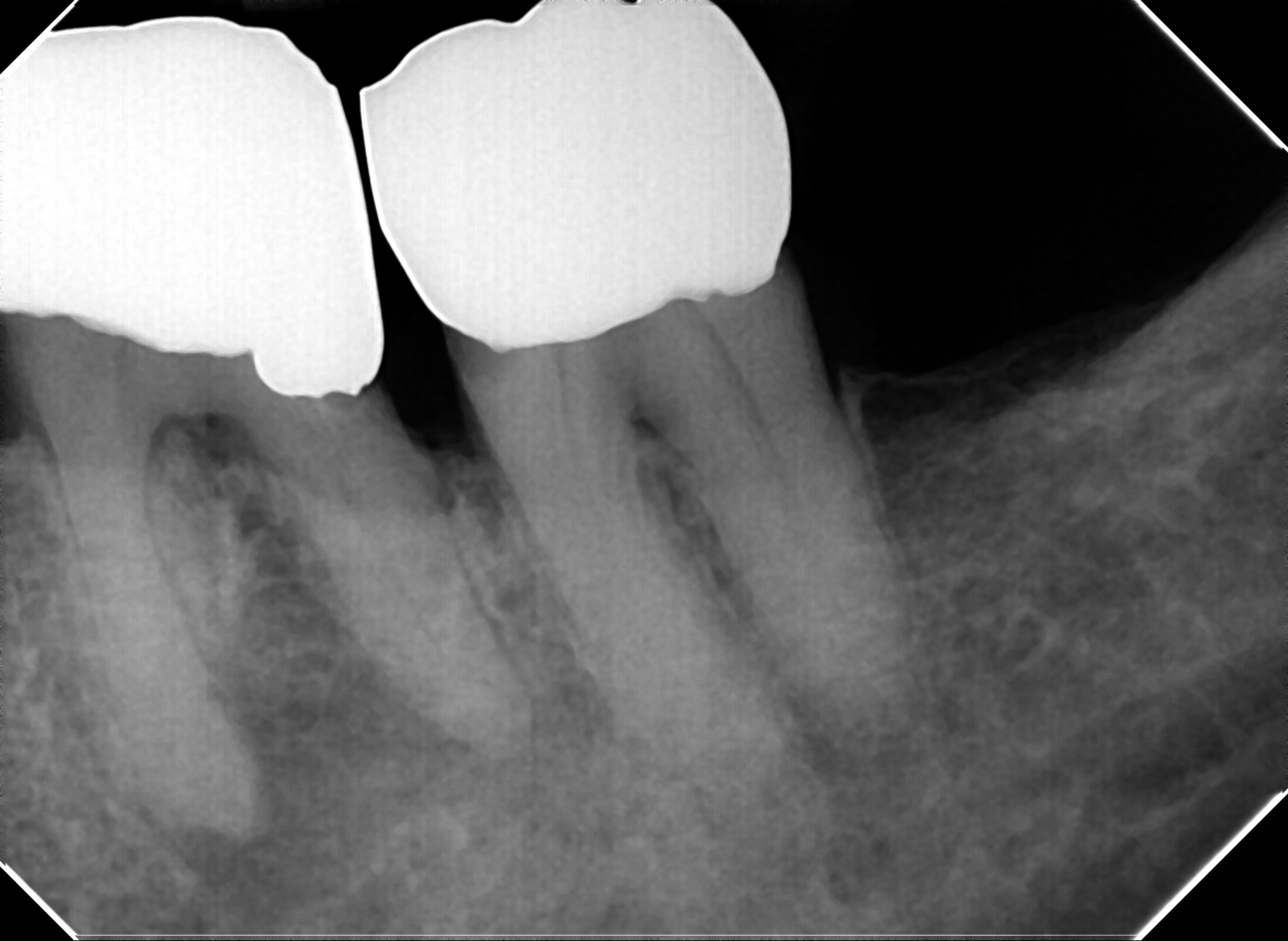 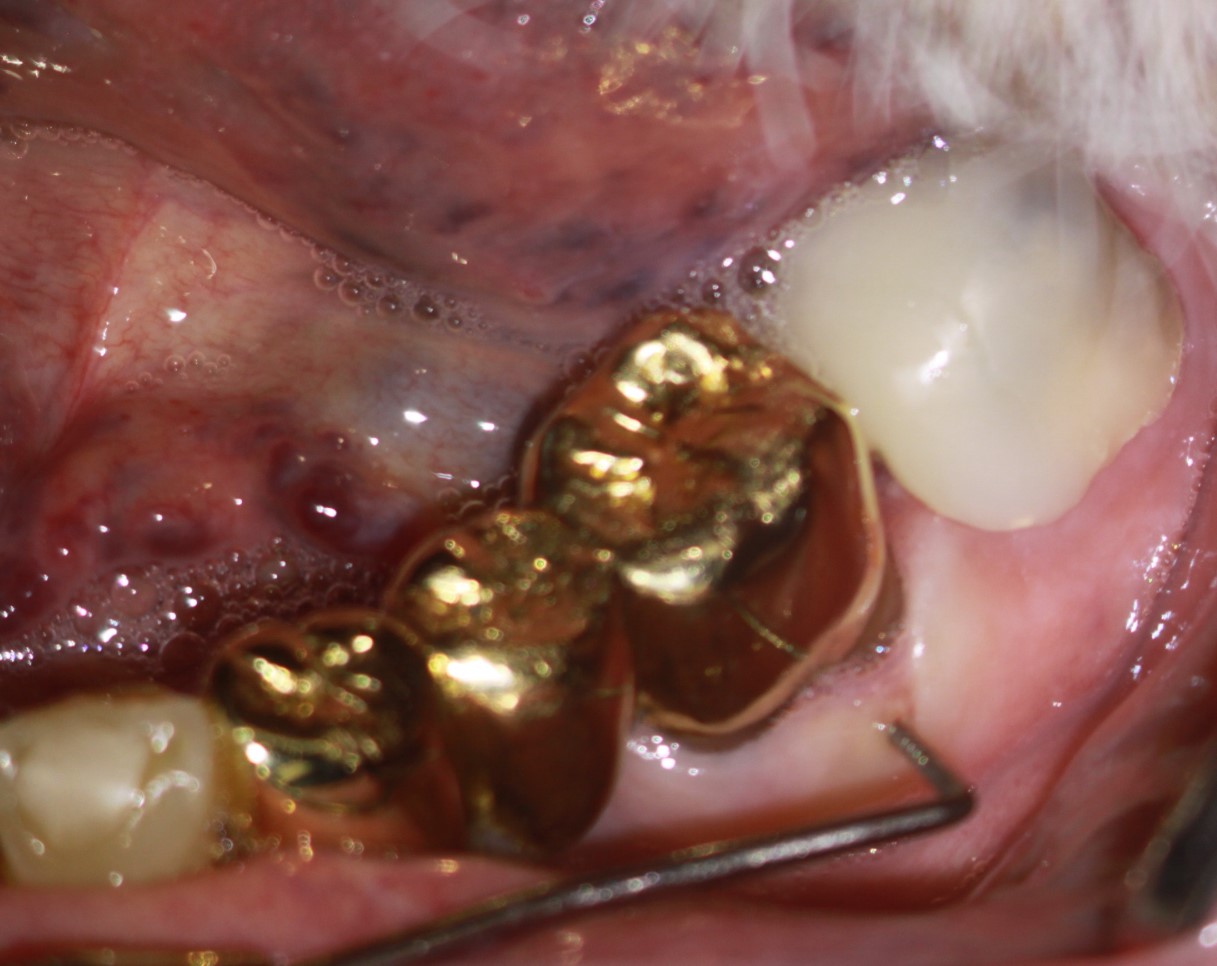 The referring dentist wished to restore tooth #37 and the patient arrived with a temporary Crown over this tooth. Pulp Tests of #37 were inconclusive due to the presence of a temporary Crown and calcification of the chamber and canals, however, because of the extensiveness and depth of the mesial decay, (and possible associated sinus tract ?),  Endodontic treatment of #37 was requested.  Radiographically the apex of #37 appeared to be relatively normal. However diffuse radiolucent findings were present at the apices of both roots of tooth #36, which seemed to be the source of the sinus. While this initially looked like a simple Endodontic treatment of tooth #37 to allow for single crown placement , the situation was much more complicated than it initially seemed. The restorability of #36 needed to be confirmed before we could plan for restoration of the quadrant.

I suggested to the referring dentist that the status of #36 needed to be considered before we could place a single Crown on tooth #37. Should tooth # 36 not be restorable, we would need to redesign the bridge to accommodate extraction of #36 and move the bridge abutments from #34 to tooth #37 with two pontics. I recommended  that the bridge be removed and that the distal aspect of tooth #36 be closely examined to determine whether the restoring dentist felt it could be properly restored and whether other treatment (Perio) may also be needed. If so, Endodontic  treatment would be completed on tooth # 36 to deal with the sinus/periapical areas at the apices and the quadrant be re-restored by replacing the existing bridge with a new bridge #34-36 and a single Crown on tooth #37 . 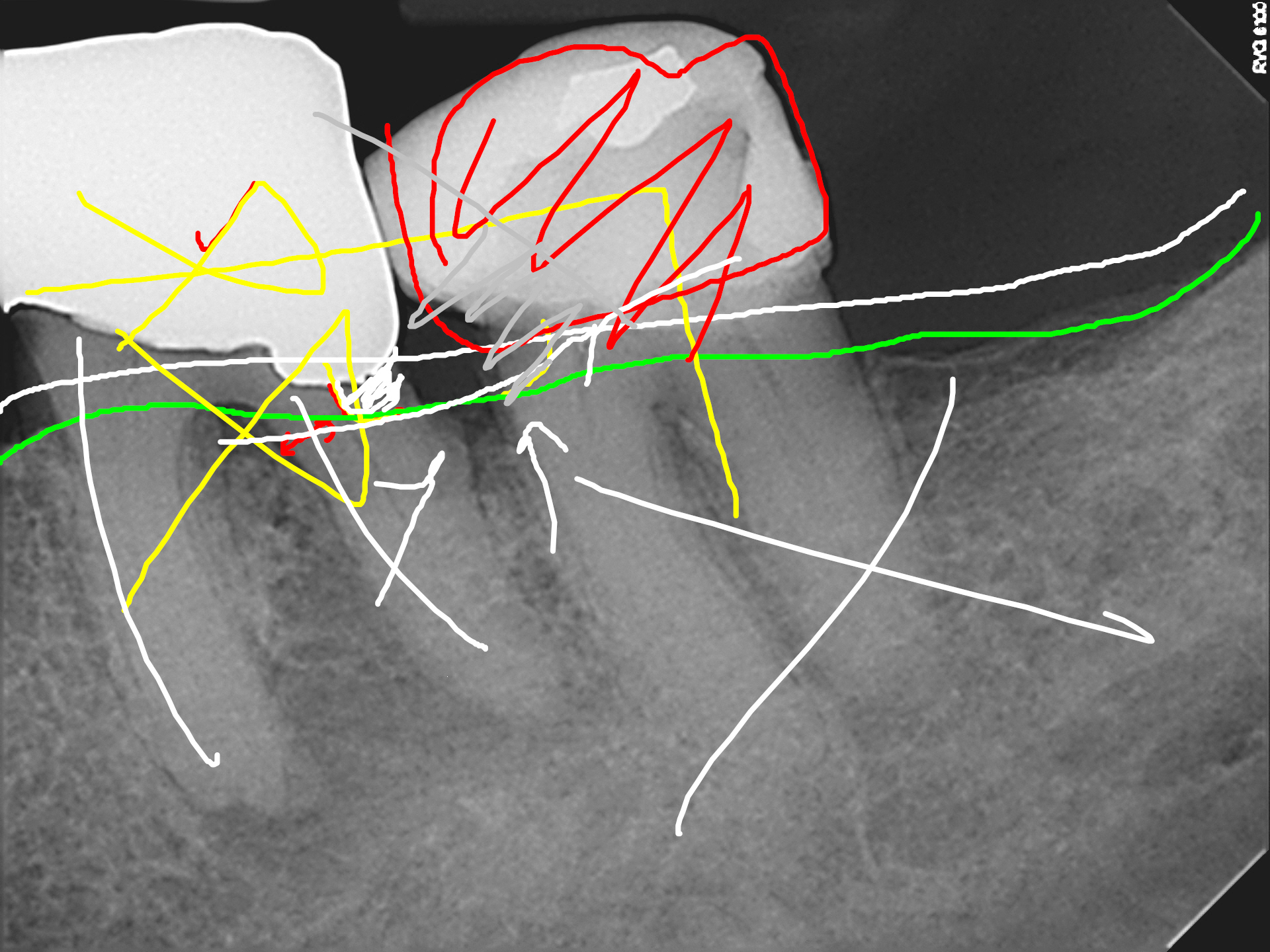 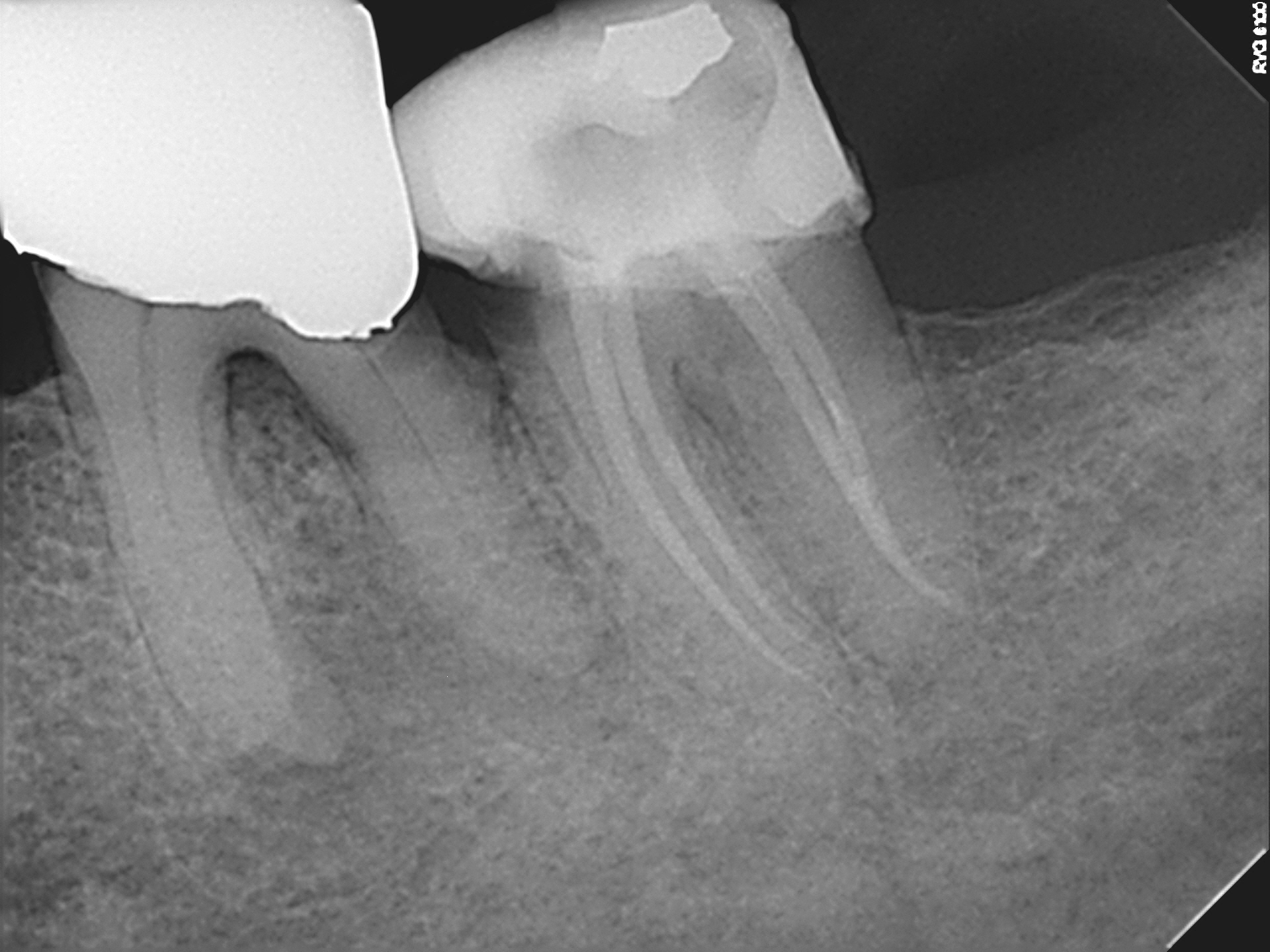 The patient was seen for treatment of tooth #37 which was performed through the existing temporary Crown. Four canals were located and treated. The patient then returned, having had the bridge #34-36 removed and replaced with  temporary crowns. The referring dentist said he was satisfied with the remaining tooth structure and Distal margin in #36 and wished to replace the bridge, including #36 as an abutment tooth. 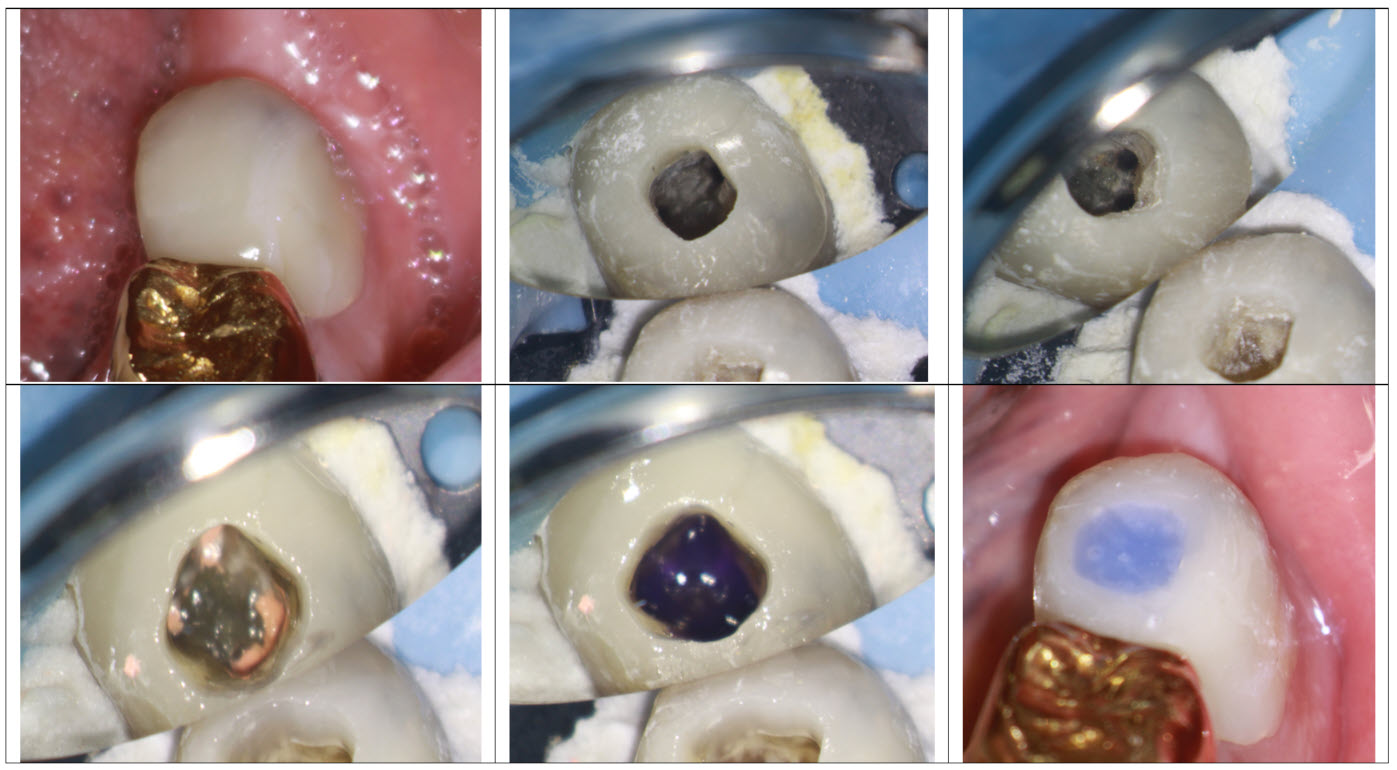 Endodontic treatment of tooth #36 was completed  and a post space was provided in the disto-buccal canal as requested by the referral.  Due to the depth of the decay, the disto-lingual canal had been covered by IRM by the referral, which made it more difficult to find than normal, but both distal canals are found to be joined at the apex. 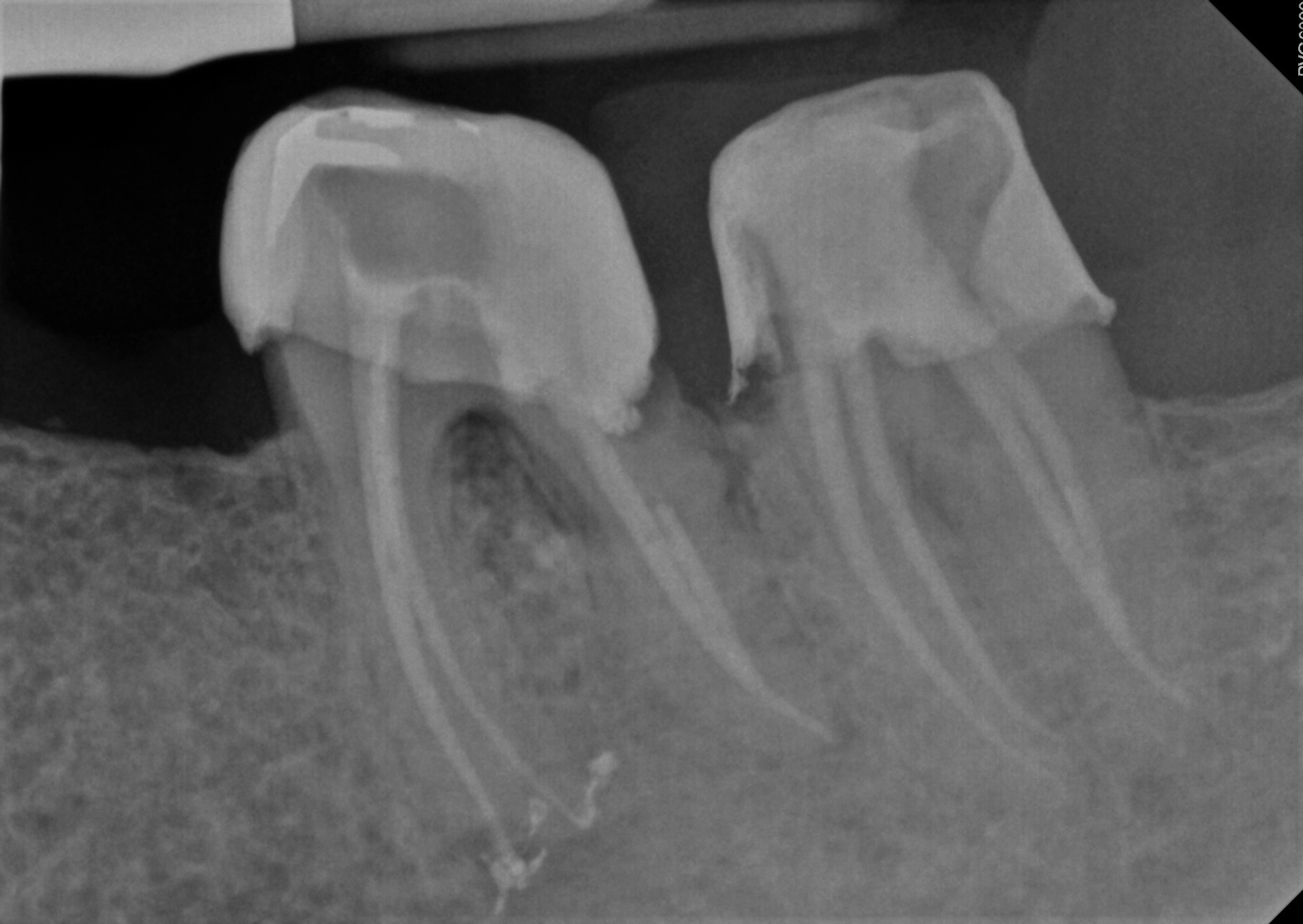 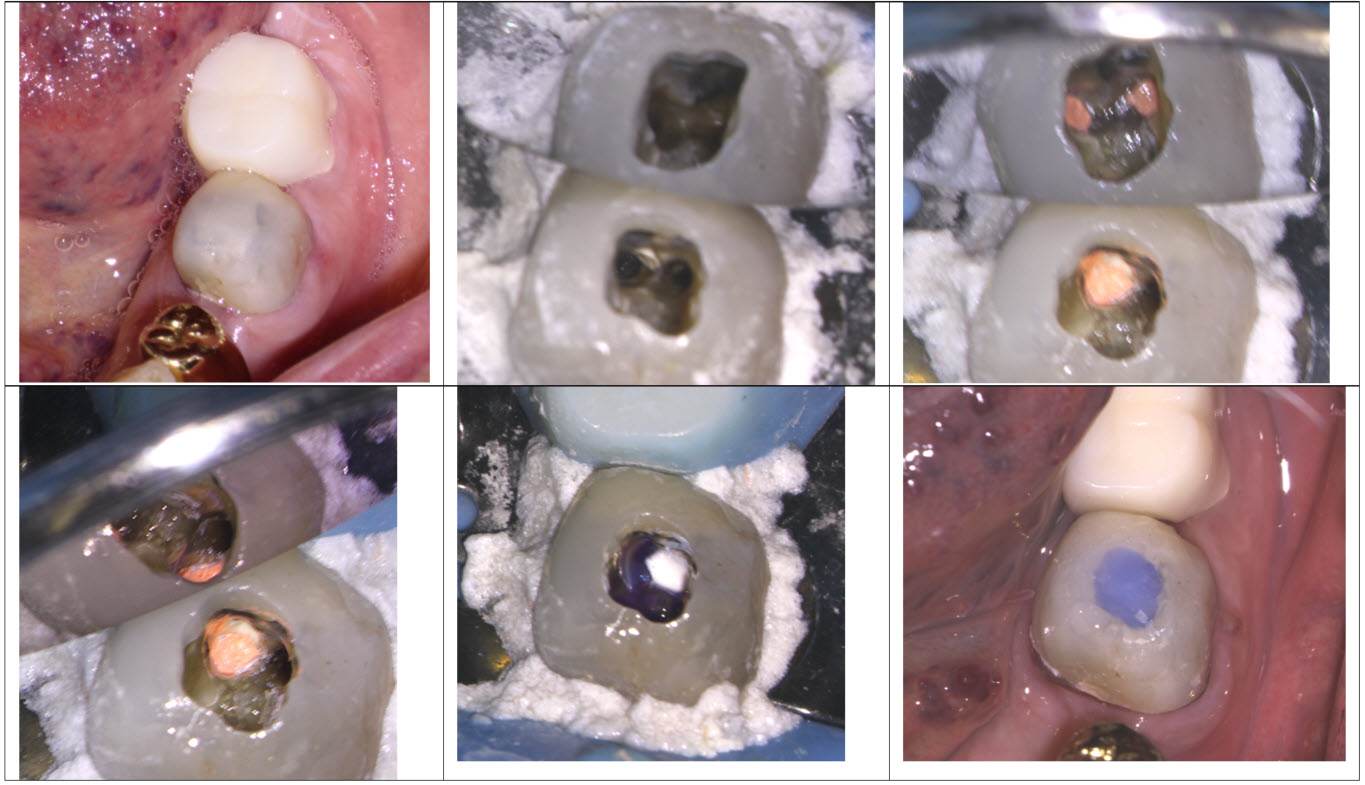 This is an example of proper coordination of treatment, with the referring dentist assessing the restorability of all teeth before Endodontic treatment was initiated. In that way, we ensure that treatment of teeth occurs in situations where restorability of the tooth has been assessed and confirmed prior to referral.

Each referring clinician has his own comfort level when it comes to the restorability of a tooth.  It should not be the Endodontist’s job to assess restorability of the tooth for the referring dentist. Removal of all faulty restorations, caries and assessment of the tooth periodontally and restoratively PRIOR to referral ensures that teeth that are referred for Endodontic treatment do indeed merit such intervention.  For the restorations to be predictable, maintainable and long-lasting, they need to part of a well thought out strategy, not merely dealing with symptomatic teeth.

Back to Cases of the Month